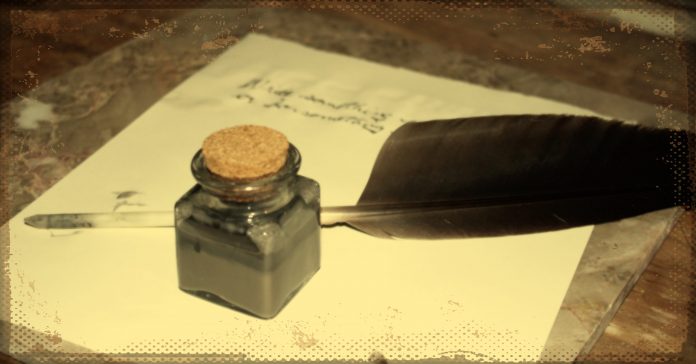 I get a constant stream of news related to the shooting industry. In that firehouse of news are commentaries like this… that amount to mind-numbing shouting full of buzzwords and political point scoring phraseology.

So when these pop up, we ‘fisk’ them. Fisking, for those unaware, is a line-by-line rebuttal of a premise, usually citing data or at least an equally valid counter-opinion to their opinion

From the Alexandria Times:

Our nation continues to bear witness to senseless events of gun violence and needless deaths. Atlanta and Indianapolis have joined Las Vegas, Blacksburg, New Town, Parkland, Columbine and countless other communities across America to be scenes of mass shootings.

Bold opening. Strong, impassioned, and vapid. We keep acting like violence is new. That murder is new. That mass killings are new. None of it is new. We as a species have always bore witness to the excesses of violence that we are capable of. Yes, it is tragic. It will be again.

But it was not senseless or needless in the eyes of the perpetrator(s) and that is something we continue to disregard, to our continued stymied efforts at reducing violence. Our opinions on the value of their actions is so much wasted breath. If they cared they wouldn’t have done it.

While gun violence has almost become commonplace in America, the other stark constant is the inaction of the U.S. Congress to enact any meaningful legislation to combat this scourge. Instead, we are left with empty thoughts and prayers from many of our federal elected officials.

What meaningful legislation would you suggest that will curb the minds of people who do not value what you and I do? How do you force someone to value life who does not? How do you pre-penalize an act so horrendous it already shocks the soul in order to dissuade someone motivated to commit so egregious a sin against society?

Despite widespread public support for commonsense gun violence prevention, Congress fails to act time and time again. In the wake of this shameful inaction, many states and localities have seized the initiative and passed legislation to curb gun violence and we all hope these measures will be effective.

The media and politicos capitalize on their ignorance to get “widespread” support of the uninformed. The ‘useful idiot’ is an old tool in this game.

This is the case here in Virginia, oddly the home to the national headquarters of the National Rifle Association, where our legislature and governor have enacted sensible firearm provisions aimed at preventing gun violence. And now, our two U.S. senators, Tim Kaine and Mark Warner, have boldly stepped forward to offer federal legislation patterned after the successful actions of the Commonwealth. And what is striking is their ideas make sense!

Ohhh, “oddly” is an interesting turn of phrase. How have those provisions improved Virginia? Have they done so in any marked way or are they simply the promised payoffs of the spending used to put anti-gun candidates into seats?

And as for the ideas making sense, I shall see.

The Warner-Kaine Virginia Plan to Reduce Gun Violence of 2021 includes popularly supported and sensible provisions such as:

• Limits on purchases of handguns to one per month to limit stockpiling and illegal gun trafficking;

Why is “stockpiling” illegal? Because something bad might happen? Can I lock you up then, sir, because you might commit fraud? You might embezzle money? You might kill someone? How about I lock you up one weekend a month and two weeks during the year at some point just in case you would commit any crimes on those days? It’s not really an infringement on you person, right? It’s a reasonable compromise to prevent crimes that might happen on these days.

As I said earlier (Baltimore article) we a treating symptoms, not causes, and we are treating them poorly. We aren’t shifting demand, we are ineptly attacking ‘supply’ instead. Can a mass shooter not kill with one handgun? Can a trafficker not find a simple work around? These requirement’s don’t influence the felonious activities you are trying to influence.

I hear a lot of condemnation of trickle down economics, with some merit, but this is ‘trickle down illicit arms trafficking’. By continuously harassing the people not trafficking in illegal arms first, you might see some curbing of those trafficking in illegal arms… maybe. The only people who get hit with 100% effect by all these efforts are the law abiding, they take every blow, every violation of their constitutional right, and they must bear the burden because the alternative is becoming an outlaw.

But I’m sure 12 handguns a year is the magic number… even though we already have systems in place to inquire into large purchases or frequent purchases to look for trafficking.

• Requirements to report lost or stolen firearms to local or state enforcement agencies within 48 hours;

What are you going to do, throw the old man who forgot to call the cops in jail? Fine him because he discovered the gun was missing on Thursday but didn’t get around to finishing a report on it until Monday? Are there any stipulations? Does someone get a pass if their jurisdiction is busy and they can’t take a report immediately?

Why are we criminalizing not reporting a criminal act? Isn’t that victim blaming?

• Promoting safe storage of firearms by gun owners and holding them rightfully liable for leaving loaded, unsecured guns in the presence of a minor;

This is another platitude rule with no teeth. We don’t follow up on all the denials from the NICS system right now, and we want to add criminal liability to a vague ‘safe storage’ violation that can be covered by general negligence? Add an addendum that penalties increase if the general negligence involves the discharge of a firearm and be done. We continuously complicate these items further to seem like we’re “doing something” about gun violence…

• Strengthening of safeguards for victims of domestic violence by closing the “boyfriend loophole” and prohibiting persons convicted of dating violence or stalking from possessing firearms; and

Sexist to call it the “boyfriend loophole” though, bigot.

• Establishment of federal protective orders to temporarily remove firearms from persons who pose a high risk of harming themselves or others.

If someone is that demonstrable as a risk then it shouldn’t be confiscation of their private property, it should be custody and/or commitment to get that person help and that help should be free of conditions like mandatory firearm removal upon release.

Voluntary removal, certainly. But mandatory removal of arms for a free person is a violation of constitutional rights. If they are that great of a risk, why are free to go about their business? It isn’t as if a legally owned firearm is the sole method they can use to cause harm.

Senators Warner and Kaine should be congratulated for taking action in light of the continuing saga of gun violence, and doing so in a commonsense manner with concepts that are popularly supported by the American people. We are proud of their leadership and initiative.

You are proud that they used all the buzzwords so that you can too. That’s all. The only provision with any merit is the logical shift in the domestic violence provision which covers conviction of non-cohabitant intimate partners, a reflection of modern dating and lifestyles. That’s it. You got one in with an inkling of usefulness that is tied to a criminal conviction.

We can only hope that some of their colleagues will finally open their eyes to the real and stunning concerns of everyday citizens about gun violence which seemingly touch almost every community. Lives are at stake and frankly, it is past time for Congress to act.

Should I point out that alcohol is a far more deadly threat and kills more people in more communities, but we’re fine with it? Alcohol is considered an acceptable risk consumer product despite being lethal and contributing to violence with a higher annual death count?

But at least the deaths aren’t with bullets?