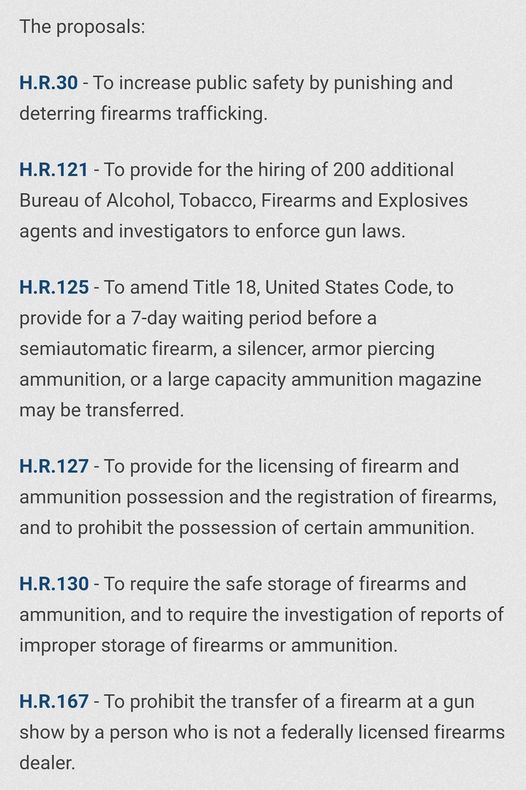 The bills will now advance to the split Senate but the Senate can pass them 51-50 with Kamala Harris breaking the tie. Especially if your Senators are currently Democrats, let them know they should not pass this useless piece of superfluous window dressing just to say they’re taking a “hard line” on guns.

These aren’t the only bills being pushed, though they are the ones they are most likely to win and get their gun control points. Even if they lose every other bill they can claim they got it done, even if it gets nothing done. Perhaps especially if it gets ‘nothing’ done because they can then push the argument they need to go further.