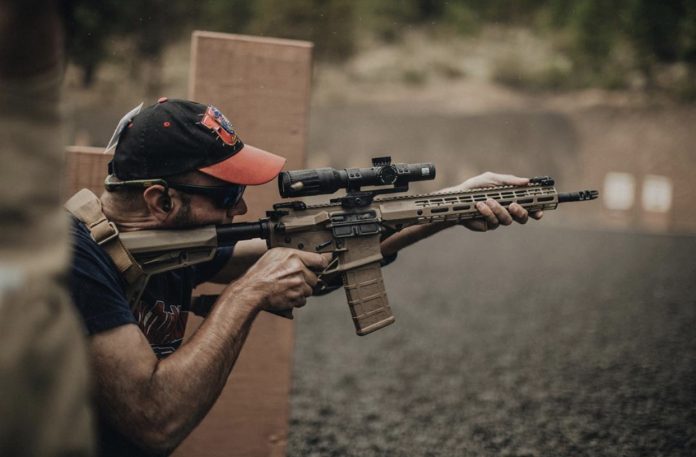 It’s not a loophole. It isn’t a legal exploit. It was deliberately built into the background check system to prevent denial by inaction. It is an accountability measure making it incumbent upon the government to do the job they demanded that they had to do in order for someone to buy a firearm commercially.

Government: We have to check if you’re a prohibited criminal before you can have this gun.

Citizen: Okay, what proof do I have that you will do that in a timely manner, because I am not a criminal?

Government (With Brady): We will give the dealer a date, three business days hence (.gov business days) on which you are allowed your firearm if we haven’t tendered a result.

Government (exempt from Brady): Eh, we’ll get around to it.

CLACKAMAS COUNTY, Ore. (KOIN) — A gun control bill introduced by Oregon Democrats has drawn a huge amount of passionate testimony both in support and opposition.

House Bill 2543, sponsored by representatives Lisa Reynolds and Janeen Sollman, would ban the transfer of a firearm without a successful background check. Currently, federal law states that if a background check is not completed within three days, a firearm dealer can sell someone a gun.

Which would defeat the entire purpose of the Brady Transfer date holding the government to account and deliver a decision in a reasonable timeframe.

For anyone currently a little lost on today’s rant, the National Instant Criminal Background Check System, called NICS (Nick’s), is not always instant. Heck, it isn’t always operational, as it seems to crash hard once or twice in any given month and stops much of firearms commerce, delaying the right of people to purchase the arms they may keep and bare.

The system has evolved from the phone tree that went online in 1998 to an online portal, but the process is still the same.

An FFL collects the necessary ID information from the 4473 form and gives that to the FBI. The FBI checks to see if the transferee is a prohibited person and returns a result to the FFL. Proceed, Denied, or Delay.

It is this group, Delay, that the Brady Transfer Date gives a date to release the firearm from the FFL to the buyer. Now, the FFL is well within their rights to wait out the background check to completion, even after the given date passes. But not all checks get completed, some just expire with no final resolution beyond the delay. This Brady Date Transfer is a decision of the business, the FFL, and could be made for a number of reasons so long as it still complies with NICS.

In short, there are two ways the gun can be transferred, Proceed or Brady Transfer Date, but the FFL is under no obligation to complete the business transaction if they feel doing so would be wrong, harmful, or liable under a situation not caught by NICS, even if NICS delivers a Proceed.

Common Example: Here in Michigan it is marijuana. Marijuana is a controlled substance federally, and so long as it remains controlled you are a prohibited person from purchasing a firearm. It’s right on the 4473. So if you openly admit to a dealer that you actively use marijuana, or are visibly impaired or reek of it even, NICS isn’t going to catch that but the dealer can’t transfer you the firearm without perjuring their knowledge of the transaction. Doing that transfer is risking their business, because they gave a firearm to an admitted prohibited person or a person they suspected of being prohibited. A more extreme example would be someone stating they intended to shoot or intimidate someone with the firearm but were cleared by NICS, but it is the same type of refusal of service, the FFL doesn’t know if that was a joke or not and what if it wasn’t? Worth losing the reputation?

I worked for a store a few years ago that caught a bunch of attention, a lot of it negative, because we had a spree killer shop in our gunstore. He bought a jacket. This got spun into ‘body armor’ or ‘tactical protective clothing’ and seven other flavors of bullshit, all of which implied that we had supplied the ‘Uber Killer’ on his insane night in Kalamazoo.

I know FFL networks who notify each other of odd characters in the same manner that casinos flag card counters, its their lookout, their liability, and their business.

Sidenote: If you get irate at a dealer for saying no or not using the transfer date, please remember that you’re worth about $75-100 in their lives for that transaction (assuming a common handgun) and you are asking them to risk the loss of their entire business and livelihood on your $75-100. You are a stranger, a customer, not their forged-in-the-fires-of-strife comrades in arms. Don’t be a douche.

They are talking about Charleston, South Carolina by the way, not anywhere in Oregon. Like all good gun controller policies they’ve stamped a tragedy on it for extra ‘gravitas’ in their bill. This was the infamous church massacre in 2015, that left 9 dead, when a 21 year old white supremacist shot members of the Emanuel African Methodist Episcopal Church congregation.

The so-called “Charleston loophole” allowed a man to purchase the gun used in the 2015 massacre at South Carolina’s Emanuel African Methodist Episcopal Church, according to CBS News. The shooter was prohibited from buying guns but managed to buy one after his background check remained incomplete for more than three days.

Not to put too fine a point on it, but that sounds like a failure of government to devote proper resources to background investigations. How much time should it take? How much time is it reasonable to deny someone their rights on the off chance that one of the 39,000,000 people who were run through NICS last year might pop up as prohibited when it delayed the transfer, not issued a denial? That’s what the delay is for, to give the system and an investigator a reasonable amount of time to check them out, if the system cannot produce the ‘not-so-instant’ answer that the National Instant system promises in its title.

How much infringement on their right of possession is allowable? Oh, don’t like it phrased that way? Tough.

Loophole is a stupidly misused term, generally when someone wants to make something sound like it was unintentionally or accidentally not considered. The Brady Transfer Date was deliberately added for government accountability. You can’t just be denied because nobody got around to doing the job… or the current sitting administers are hostile to gun ownership.. hypothetically.

The FBI failed Charleston in 2015, and 9 people died because a warped, delusional, racist young man got his hands on a gun through a store. I can’t recall what Roof’s specific prohibition was but if the NICS record had been up to date the purchase would have been denied. The FBI failed. Law Enforcement failed. The government failed.

In 2020, a record-breaking year for gun sales, around 11,500 background checks took longer than three days to process, according to Oregon State Police data.

How many of those were in Portland? How many people did you deny the means to defend themselves and their families while a part of the city was literally taken, and the cops were told to do nothing? Remember CHAZ? Remember emergency services being denied entrance until enough morons got hurt or killed? Remember the looting, the extortion, the assaults? Remember the sound cloud rapper wannabe warlord who just leveled his own brand of justice in CHAZ? And you want to tell someone that you’ll get back to them, eventually, when they want a firearm?

Meanwhile, Lord SoundCloud was handing out guns at random from the trunk of car. That feels like a safe, fair, and balanced situation for anyone still trying to comply with the law of the state at large, but realistically knows they’re hosed if they need emergency services that were being denied entry.

Additional OSP data submitted to the legislature revealed 94% of background checks were approved in 2020 (marginally lower than the 5-year average of 96%). Just half a percent were denied, and about 3% were pended for research.

Many gun sellers won’t sell a firearm without an approved background check, even if the three-day time limit is exceeded. OSP spokesman Timothy Fox told KOIN 6 News in an email that he had never heard of a dealer “releasing” prior to completion of a background check, but that “there is no required reporting to OSP.”

“A lot of dealers aren’t going to do that because of any potential civil liability,” firearm dealer Steve Riehl said. Riehl, who said he has discussed the issue with firearms lawyers, errs on the side of caution, even though some background checks have been taking upwards of three weeks to process since the pandemic began.

That is there purview, their individual purview to deny or delay service from their business. It should not be made a policy of the government just because some FFL’s chose to exercise their discretion and wait.

Rep. Sollman, said her office collected data that, while not concrete, suggested around 2,200 checks may have slipped through the loophole during the past two and a half years. The data is a “rough amalgamation of statistics from a few different years that applies national data to Oregon-specific numbers,” so it only provides a general idea of the magnitude of the problem, Sollman wrote in an email after KOIN 6 News requested more information about how that figure was reached.

Wow, we want to talk about loopholes? How about the statistical error ‘loopholes’ did you allowed into your data, Rep. Sollman? When correlating that data, what parameters did you use and how did you make certain they were relevant? I’m not saying you did anything wrong, using scaling data is a useful tool, but maybe we should wait say.. three days, to let you research it further under tighter controls for your data and get us a better answer than ~2,200. Which is a nice round and somewhat scary number… over a two and a half year period. That’s an interesting time frame to choose, 30 months? Why not one year? Was 880 not poignant enough a number of ‘loophole’ slip throughs to warrant your push on this bill?

Do we have any follow up data on NICS or background checks going to denial? Follow ups if the firearm was transferred? What happened? Were they feloniously charged? Did the firearm get recovered? How seriously do you actually take a denial, not just a timed out delay that became a final denial? Is that data even talking about just denials, or are you including the checks that had no resolution at all?

The theoretical 2,200 doesn’t mean anything unless we have causative negative outcomes we can show, and in proportion to the checks that timed out. I bet if we did you would be telling us about them, Rep. Sollman.

But no, we got scaled theoretical data over an oddball time period that happened to generate a number that an everyday individual will feel is large and concerning. We didn’t even get a real world example from the state of Oregon, or the year. We went back to the outlier case of Charleston, SC, as if a deranged racist would have absolutely, without question, stopped the plotted mass murder when NICS told him no a few days later.

Or maybe, it just wouldn’t have been the government’s fault for allowing the transaction to proceed because they couldn’t be bothered to complete an instant check over a several day period.

But why would we want to hold the government accountable? Silly me.