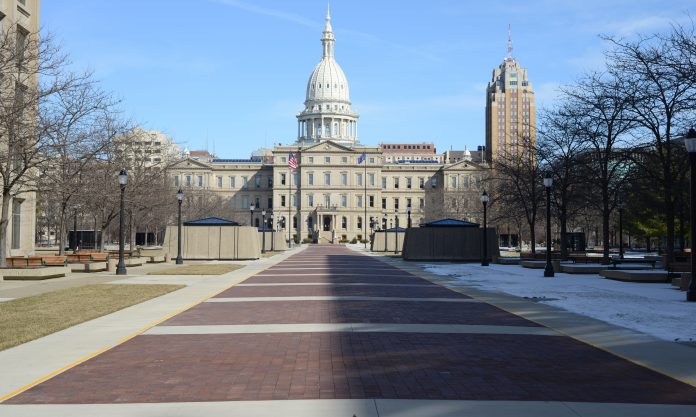 It is a reversal of earlier sentiments and decisions where the commission chose to leave the policy as is and allowed open and concealed carry within the public spaces of the Lansing locale.

We believe such a ban is unnecessary as there has not been a firearms discharge at Michigan’s Capitol, intentional or negligent, in the 142 year history of the building. – MCRGO Spokesman

Speaking with MCRGO on this, the ban has no historical basis as a hazard to legislators as a firearm has never, in 142 years, been discharged on purpose or by accident in the building. Nobody was shot, nobody was shot at and missed, nobody was hit on accident, and nobody put an extra hole into a floor or ceiling or anywhere else it shouldn’t have been. At least with a firearm, I cannot say definitively that contractors haven’t messed up and broken something.

While concealed carry has not been affected, much to the consternation of anti-gun activists, the unanimous choice is quite clearly a reactionary one to recent events. They fear that something could happen and are taking an imagery step towards preventing that.

I say imaginary quite deliberately.

It only, if this even, is a token prevention of access to people who did not hold an intent to use a firearm against the Capitol in the first place. This is in the hopes that they hypothetically prevent one of these individuals who didn’t intend to use their gun from changing their mind and using it or accidently firing the firearm… which again, has never happened in Lansing. Which obviously leaves the intentional aggression avenue open, as it always was, and reduces the effectiveness of this action to hypothetically preventing a negligent discharge… since that is so common it hasn’t happened ever in the 142 operable years.

This is a loss, and one that the commission should be encouraged to reverse in a continued show of faith in their electorate and in the history of the Michigan Capitol.