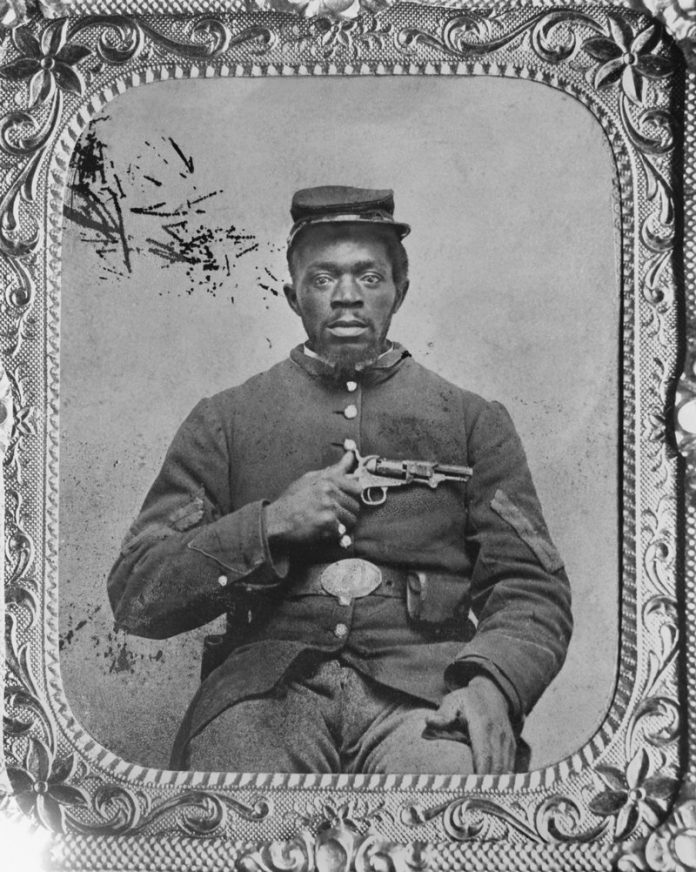 From Negro Militias To Black Armament

NPR has a tendency to be a place jaded by liberal sentiments, and that closes off their minds to certain topics. Human fallibility. But that doesn’t make them unintelligent, nor does it make it a place you should avoid just because you disagree. It certainly doesn’t mean their journalists, followers, and listeners won’t try and understand your perspective. Many will, if they do not it is their failing, not yours.

You can learn a great deal from the informed, partially or fully, perspective of others and we can advance the causes of humanity, civil rights, and individual liberties together because of that.

Oh, it might be a challenge, make no mistake, but it is a challenge we should continuously aspire to rise and meet.

And that is why the NPR piece linked above at the title (and here) should be a good read (it is, overall, in my opinion) to gain additional perspective.

The Black Gun Owner and the White Gun Owner of today occupy very similar societal spots, just as with any defining title be it factory worker, lawyer, doctor, what have you. Inequities have shrank, opportunities have grown, the world has advanced.

But the historical path to 2020, simultaneously the “worst year ever” and the best time to be alive, when it comes to ownership of weapons based on race and status are very different. One of our most progressive acts as a 2A community, using the proper form of progressive and not the modern take of ‘offended on behalf of others,’ is the increased championing of minority firearms ownership. It is the area we can make the most ground gained and better cement individual civil liberties.

And to do that, we need an understanding of where they came from. My white, Irish, centrist raised, Roman Catholic baptized, modernly educated, veteran, small town midwestern self cannot adequately grasp nearly any other perspective, without assistance. It doesn’t matter if that perspective is the impoverished inner city minority, the Central American refugee (both legal and illegal), the communism survivor, or the patriated middle easterner. None of those lives were my life, they weren’t each others lives either, and so we must read and listen to gain the perspectives we need.

So, regardless of your overall opinion of NPR, this is added perspective. That makes it valuable in our quest to expand civil rights and liberties for all.

It is also an unequivocal confirmation that gun control is, and always has been, racist.

So what you actually see here is this entire self-defense armament movement that restarts back up with the passage of the Fugitive Slave Act. In the 1850 October edition of the abolitionist paper, The Liberator, they say how Black people and abolitionist whites had flooded to gun stores to start purchasing revolvers [in response to the act] and how white accomplices and allies were actually donating firearms to their Black compatriots for self-defense. There is this rich history of fighting that goes up to and throughout the Civil War, where Black people [are doing what is necessary] to simply survive. -Northern Abolitionists and Free Blacks Response to the Fugitive Slave Act, NPR