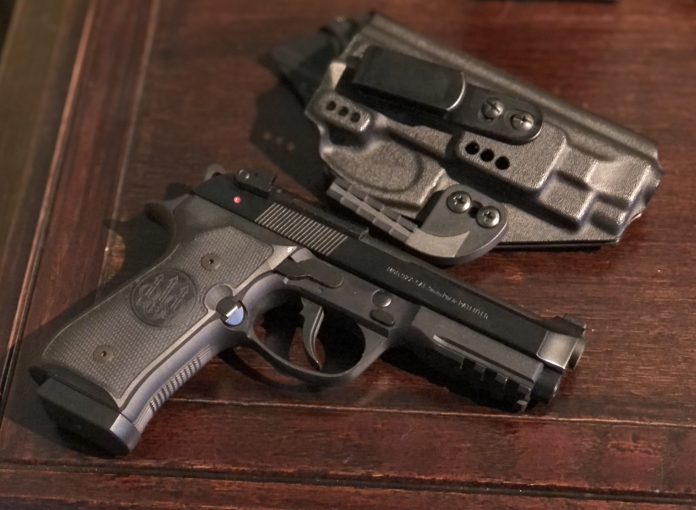 693,247, to be precise, as of December 1st with 22,917 pending. The lawful means of self protection remains growingly popular and with Biden winning the Presidency (officially now) the demand for firearms and ammunition will likely remain high well into 2021.

The CPL (Concealed Pistol License) or whatever acronym concealed carry goes by in your neighborhood is that base active desire for both law and independent self preservation. Sure, the corners of the gunternet preach, “Free Men Don’t Ask Permission!” but reality is we ask for permission all the time. Not because we are slaves of the system so much as we are polite participants.

When taken objectively, shifting the licensed balance back to an unlicensed norm, based on general awareness and education, would take significant infrastructure expense in a block or must be accomplished carefully over time with a continued push towards heightened firearm awareness as a society.

I’ve wrote previously that the greatest challenge to upregulating the ownership of firearms is the general education of the population in their use. In my decade instructing I’ve seen that education improve markedly, but we are turning a massive ship with a lot of momentum, to say nothing of people actively trying to turn the ship the other way to and push to greater regulation and bans.

I had a good rant about that yesterday. It was soothing, I felt better. The complex nature of society and therefore the complex nature of weapons within society is not a one and done conundrum. By the time I depart this mortal coil I would love to see 20% of Americans actively engaged, licensed, or otherwise active again in the 2A community. Not just owners (which is fine, personal choice and all) but actively participating members who train, who game, who hunt, and who participate electorally and contribute commentarial to the advancement of our free society.

Seeing active numbers continue to rise, and every month watching as blood doesn’t flow in the streets in any more dramatic fashion than any other given day gives me continued hope that the armed society/polite society model can continue its steady flourishment.

Firearms don’t reduce violence nor do they cause violence, society and people within it hold that sway. But because it is the whims of society that decide just how much and what kinds of violence are tolerable, not condoned or encouraged but merely tolerable, it is the best bet of a free man or woman to carry a tool in case it is visited upon them. It pays to be disciplined and proficient in its use as well. The self discipline of proficiency in arms translates well to a polite and disciplined people overall.

So let’s keep bumping those numbers