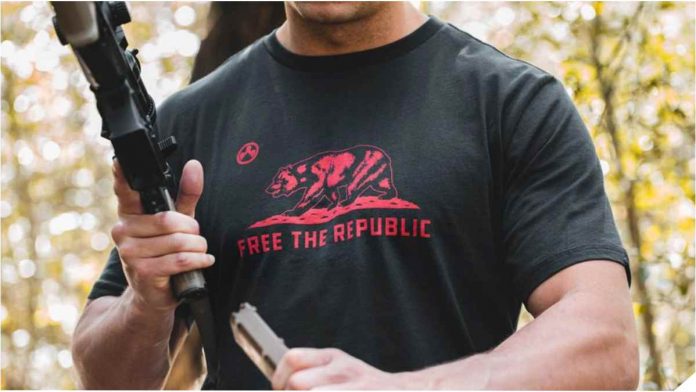 “Nanny State” is a descriptor used to describe a governing body that knows better than you on all subjects, always, for your own safety. Logic cannot be used to dissuade the Nanny State and an individual cannot by any means be left to act of their free will, that’s just dangerous. What if they acted other than how the Nanny State wanted them too!? Regardless if someone was injured or not and regardless of whether the rule is actually positively effective when taken into full context, it is the thought of the rule that counts.

Yes, broad spectrum prohibition on an “unsecured” firearm in the home because the adults of Dublin cannot be trusted to make rational decisions about their own safety and living conditions

Gun owners in Dublin will soon be required to store their firearms inside a locked container or keep it disabled with a trigger lock while inside their home after the City Council unanimously approved the new ordinance at its meeting last week.

California already has similar laws in effect for guns in households with children living there, or that require a gun owner to store their guns from a household member who is prohibited from having guns.

At least the broader California law (in this instance) holds some context, inaccessibility to a prohibited person is consistent with federal firearm laws.

“What we’re doing in this case is just expanding that definition beyond those two scenarios — children in the home or criminal record — and applying it to all households,” City Manager Linda Smith during a presentation at the Dec. 1 meeting.

Because arbitrarily expanding criminality never backfires, right? This isn’t Dublin, California (not that I should expect sense from this coast) stating that ‘If a firearm is determined to have been inadequately stored to prevent access (IE: on the kitchen counter), the owner may be held liable.’ It is the “do it, or else” type of heavy handed and overbroad stroke decision that cannot produce a desired result beyond signaling all that virtue.

Added to the Dublin Municipal Code, the ordinance known as Chapter 5.89 to Title 5, states, “No person shall keep a firearm within any residence unless the firearm is stored in a locked container or disabled with a trigger lock.”

Two exceptions were added: when the firearm is lawfully carried on an individual, or when it is under the control of a peace officer.

Because a peace officer’s child would never be the one, nor the peace officers themselves, to do something irresponsible with a firearm.

SAN LUIS OBISPO (AP) — A California police chief whose personal handgun was taken after she left it in a restaurant bathroom will be disciplined but will keep her job.

The San Luis Obispo city manager says Chief Deanna Cantrell will have a one-time pay reduction of about $1,600, must undergo firearm safety training and must talk to all members of her department about the incident and lessons learned.

The new 5.89 Code Chapter, under Public Welfare heading, has not been published yet so it is unknown what penalties it may hold for violations. Enforcement is also questionable as this would require inspections of the home. But the rule is not written in favor of or in protection of community members. It effectively prohibits having a firearm ready to resist home invasion without serious mandatory extra expenditure on lockable cases and hardware.

Many states and locales have safe storage requirements, but they are purposefully undefined to make the requirement flexible on the owner. Instead of mandating hardware they mandate reasonable safe storage, if an incident were to occur the court would take the totality of circumstance into account and determine if the firearm was reasonably inaccessible.

Why does that matter? For the children, of course.

Councilmember Shawn Kumagai said the ordinance “will state clearly to our community that we embrace a culture of gun safety” and “safe gun storage helps to prevent unintentional and intentional injury and death of minors, helps prevent gun suicide, and deters gun theft.”

A staff report stated “the unsafe storage of firearms threatens public health and safety,” and that 54% of gun owners in the U.S. don’t lock away all of their guns. This year, there have been at least 236 unintentional shootings by children, resulting in 102 deaths and 141 injuries nationally. Seven of those were in California, resulting in two deaths and five injuries.

Seven of those were in California, resulting in two deaths and five injuries.

So the critical incident, the emotional one that they insist is why they must have this rule and structure it the way the do, is a 1:5,567,142 (approximately) with safe storage laws as they were previously, for the whole state. But the chance that your are raped, robbed, or assaulted in Dublin (murder is thankfully rare, usually 0) hovers somewhere between 119-242:100,000 (for the 16 years given) and Dublin is much safer than California and the US as a whole.

So why, do they feel this need to flex extra control in Dublin? Why are they “stating clearly” to their community that their community cannot be trusted to make adult decisions on their own and that they will be penalized for not following the Nanny State?

“54% of gun owners do not lock away all of their guns” is a purposefully vague statement to show that adults cannot be trusted on their own, it gives no context to the locked or unlocked guns, living situations, etc. It is then used to highlight the 236 national incidents of unintentional death and injury of minors. All of which are ‘true’ and we should be working to effectively reduce and keep low.

But let’s take a look at another unintentional injury source, one that is certainly present in California’s climate, drowning.

What does Dublin say about pools?

G.    Pools and spas shall either (1) be kept in working order so the water remains clear and free of pollutants and debris; or (2) drained and kept dry. In either case, properties with pools and/or spas must comply with the minimum security fencing requirements of the state of California;

Okay, what does California say about pools?

Pool fences in California need to be 5 ft tall with gaps between fence slats of 4″ or less, gaps of 2″ or less under the fence, and fence gates must be self-closing and self-latching. They can be 3-sided and attached to the house or other structure, but that doesn’t count as one of the listed pool safety features.

What are those safety features?

Hmm, seems like very similar “safe storage” requirements are present but pools and open water continue to be far more injurious. Yet far less emphasis is placed on ‘safe storage’ of recreational water features than on handguns despite the disparity in injury rates.

Sellers are not required to bring the pool or home ‘up to code’, but you may be asked to anyway, after the buyer reads the home and pool inspection report.

Home owners aren’t required to sell at the newer code 2018 levels. Only new pools or renovated ones are required to be at code. Meanwhile, all residents of Dublin who own firearms must keep them locked, unless you’re a cop.

What we are seeing are priorities based upon emotional impact, not data driven. Banning recreational water activities and closing pools public and private would immediately reduce deaths and injuries associated with those activities. It wouldn’t even violate a constitutionally protected right, but it wouldn’t be considered. It would be dropped immediately as a ridiculous, unenforceable excess over governmental Nanny Statedom. For recreational water activities, something with an astronomically higher accidental injury rate than constitutionally protected firearms. Something with a higher injury rate for children than firearms, a top 5 leading cause of death in fact.

But we cannot bring such facts to an argument about emotional manipulation. Guns bad! Pools and beaches good! Damn the actual risks.

Nanny Statedom will never outperform education in reducing accidental death and injury. But folks are happy to do it for guns, one more piece of control on the books and looking like they are contributing.