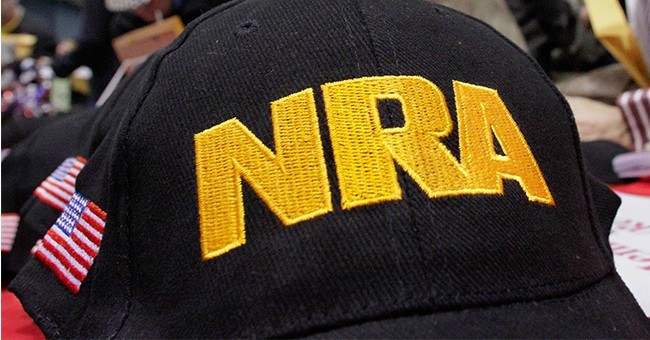 [Ed: I found this Wall Street Journal article by William McGurn very telling, but didn’t post it due to the pay wall. Fortunately, DRGO has Bearing Arms‘ permission to repost some of their articles, and this is the first, by Tom Knighton September 16. Thank you to Cam Edwards and Tom Knighton!]

There are a lot of people who don’t like the National Rifle Association. I’m not just talking about people on the anti-gun side, either. I know a lot of gun owners who have no use for the organization these days.

However, there are also a lot of lies that surround the group. While the pro-gun critics of the NRA may or may not have listened to those lies, a lot of other people have.

A recent column in the Wall Street Journal seems to have addressed some of those.  It also touched on a few other tidbits worthy of note.

A few years back, I asked a former colleague whom I knew to be pro-Second Amendment philosophically if he owned a gun. He answered no, and then asked if I had one. I said I wouldn’t know what to write down as my reason for wanting one.

He told me, “Write down, ‘Because I don’t trust the government.’ ”

That might have worked for the Founding Fathers. But in today’s New Jersey—a state ranked by the Giffords Law Center’s annual Gun Law Scorecard as the nation’s most restrictive after California—the response might be 40 squad cars on the front lawn by morning. I say this only half in jest: Do other Americans buying guns for the first time find it as grating as I do to learn that we need government permission to exercise a constitutional right?

I know, right? It’s ridiculous any American has to justify their decision to own a gun, a constitutionally-protected right, when no one would tolerate such regulations on any other right.

However, that’s a merely interesting point of discussion.

Now, about the NRA. See, many argue the NRA has lost its way, that it used to be about education and now it’s merely about politics. Of course, this criticism tends to come from those who see the NRA as a roadblock to their anti-gun agenda. It’s also not true, as columnist William McGurn notes.

Equally illuminating has been learning about guns and those who own them. Over four decades in the news business, I have often written about the National Rifle Association, usually about some proposed new gun law. Most recently the NRA has been in the headlines over a lawsuit filed by New York’s attorney general in which she accuses top leaders of decades-long corruption and misspending.

But our family’s decision to buy a gun has introduced us to the side of the NRA more Americans see: the education side. The NRA has courses, online and in person, for almost everything. The NRA instructor my wife and I engaged, Billy De Almedia, was firm, professional and patient.

It’s not just the instruction that impresses. It’s the sheer Americanness of a private organization established to support a constitutional right in all its manifestations, from defending the Second Amendment legally and philosophically to instilling in newbies such as myself the respect for guns necessary to keep and use them safely. Not to mention a taste of the satisfaction that comes from mastering a new discipline.

Surely if the government were to assume the functions the NRA provides, the experience would be akin to going to your local Department of Motor Vehicles. In America, by contrast, the ethos emphasizes private initiative and responsibility. In our new interactions with gun owners, gun instructors and owners of gun ranges, my wife and I have found them unfailingly eager to help and to answer even the dumbest questions.

McGurn is right once again.

Look, there are criticisms one can level against the NRA all day long. There are legitimate criticism, much as there are of any organization one cares to name. Yet many of the claims of the anti-gun critics really don’t hold water. Especially about how the NRA no longer cares about education. Even the much vilified Carry Guard program included a hefty educational element.

The group has never lost its way when it comes to education, they just recognized that if they don’t defend the Second Amendment, there won’t be any need for the educational services.

Most of those lashing out over that, though, don’t really care. They just want groups like the NRA out of the way so they can run rampant over our Second Amendment rights.

–Tom Knighton is a Navy veteran, a former newspaperman, a novelist, and a blogger and lifetime shooter. He lives with his family in Southwest Georgia. He writes for BearingArms and is also the host of Unloaded TV on YouTube.