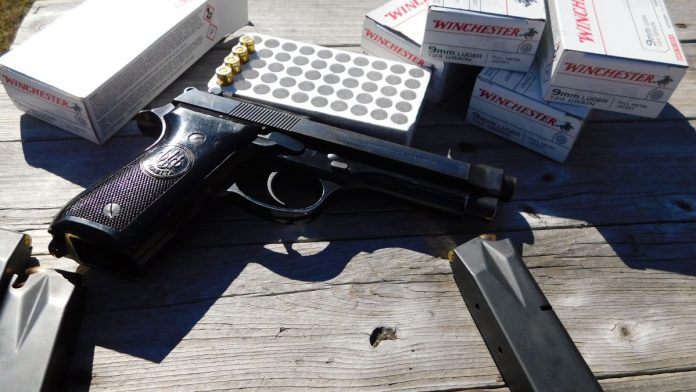 A “Rights Tax” is not a new tactic. Just as with a “Sin Tax” it is an attempt to limit or eliminate a behavior that the group who levied the tax considers undesirable or to limit a certain group of people (the poor and middle class) from exercising a behavior. The rich folk who can are then a considered a combination of “smart enough” or “important enough” to exercise the behavior and a minority of the population with enough power and positive offsetting traits for it to be an issue best left unspoken about an unaddressed.

There is no single privilege as powerful as money intelligently spent on establishing reputation. We like to throw the term “influencer” around, but the greatest influencer known to man isn’t a YouTube or InstaPersonality of some type. It’s trusted money.

Now, back to the ‘Right’s Tax’, the sin tax to trump all sin taxes.

Owning a Gun May Become Much More Expensive

With the federal courts offering lukewarm protection to the Second Amendment, anti-gun politicians are attempting an end run around legal gun control obstacles through taxes.

Firearms dealer licensing and manufacturing fees are increasingly being proposed in many states. And Democratic presidential nominee Joe Biden has called for a $200 federal registration fee for popular semi-automatic rifles like the AR-15 as well as a $200 federal tax stamp for every magazine that could hold more than 10 rounds.

In a September 9, 2020 article, Ammoland reports: “In 1819, Chief Justice John Marshall of the U.S. Supreme Court famously wrote: ‘the power to tax involves the power to destroy ….’ This truism has not been lost on firearm prohibitionists, who when unable to ban guns outright have often tried to tax them out of reach of the average citizen.” Read More

The result of such taxes would make legal self-defense, particularly concealed carry, even more unaffordable to many middle class and economically disadvantaged people. History has taught us this will lead to a proliferation in blackmarket sales and corresponding increase in crime.

A sin tax is a basic concept, using financial stress to curb a behavior. We do it for cigarettes and alcohol and while its effectiveness is suspect, its revenue generation is not. Certain states and cities have added that same tax to legal marijuana. Others have added it to guns and ammo.

Using the sin tax, the government can price people out of being able to afford something. Usually by putting it in the, ‘its just not worth that much to me…’ category and then pocketing the money for the general fund. The extra tax on a certain good above and beyond any general sales tax which actively discourages or punishes the use.

Oh sure they can say its going to fund ‘Gun Violence Prevention Efforts’ or ‘The Harm Caused by Firearms in the Community’ but they also say all the lottery money goes to schools… If we don’t have receipts showing every dime going to ER’s, trauma help, and LE then I’m going to call shenanigans and say this is just more general revenue. Directly at the expense of the financially challenged, temporary and long term, these axes cause harm.

But it is seen as ‘acceptable’ to some to tax this particular civil right… because guns. It’s immoral in the highest degree to mandate even a free ID to vote, but we can tack on hundreds of dollars to your right of self defense and vaguely say that it is offsetting the ‘cost’ of gun violence? What about the cost of uninformed voting? #RememberObamaPhone

On the Federal level Joe Biden wants to make magazines over 10 rounds and semi-auto rifles like the AR-15.. the infamously vague ‘assault weapons’, into NFA controlled items with $200 taxes attached to each one. $200 extra for every single PMAG, Surefeed, Lancer and more.

[Sidenote: I bet the morale at ATF, all branches, would improve 66% instantly if we amended the NFA to just cover machine guns and all other firearms were considered Title I and narrowed to a single ‘Firearms’ category. Make everyone’s life easier. Tracking ‘type’ by pistol, rifle, etc would be academic data only, the legal categories would be Firearm (Title I) then Select Fire Firearms and Destructive Devices (Title II).]