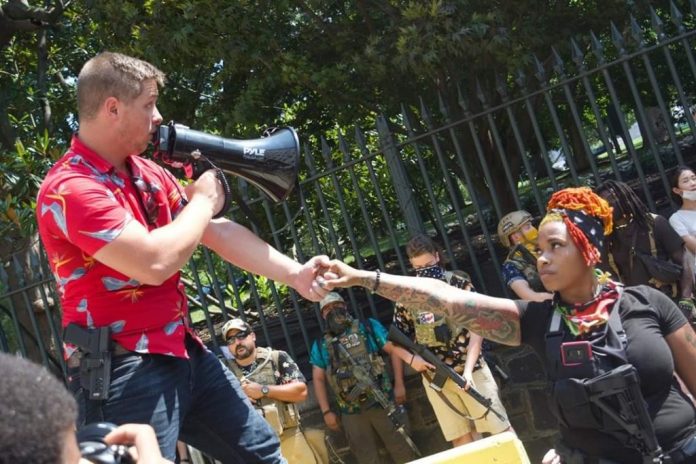 From our friends at DRGO
(from thelibertarianrepublic.com)

[Ed: Dr. Petrocelli sent this letter, lightly edited for DRGO, to his Virginia state representatives last week. Keep visiting and writing to yours–personal contact is the most effective lobbying possible.]

I am writing to you as your constituent this Friday to share two pieces of terrific news.

Not only have your constituents bought guns in record numbers over the past several months, roughly 40% of those purchases went to first time gun owners.  That is absolutely fabulous news.  As gun ownership increases, the deterrent against crime grows stronger, and the culture shifts back towards normalizing gun ownership.  Gun owners are on track towards turning the tables on lawmakers:  soon politicians will have to chase after gun votes, rather than having gun owners beg for infringements to cease.

Those of us who understand firearms know that guns are the greatest unifier there is in the USA.  Gun people are all about other gun people, and gun ownership crosses all the political boundaries the ruling elite try to pigeon-hole us as: we are not all old white men.  Quick proof of this:  social media website reddit.com has r/NRA (right leaning), r/liberalgunowners (left of center), and r/socialistRA (Socialist Rifle Association, way falling-over left).  Reddit users skew younger, and politically left-of-center generally.  And they own and love guns, and they bring more people into the fold every day.

I’d argue that the camaraderie among gun owners rivals that of the military.  I see it every day I’m at the range, and every time I log into the discussion groups on reddit.  This leads me to the second piece of terrific news of the past week:  the best picture of 2020.  This year has been a challenge to say the least, but its pictures like this that tell me we are going to get through all it together as one unified people.  This picture [above] captures all of the ideas I’ve just written about, and more.

On July 4th there was an open-carry pro-2A rally in Richmond.  Several hundred showed up.  A smaller group of #BLM social justice advocates showed up as well, presumably to keep an eye out for racist rotten apples, and to make sure that any hateful message was checked.  Guess what happened?  The two groups literally joined hands and marched together.  I’m not surprised, because both groups love guns and both groups have the same concern:  oppression.

I don’t know the woman in the picture below, but I can try to look at the world through her eyes.  There are some things I am certain of:  she, like everyone else, has an inalienable right to defend herself.  Just imagine for a moment if Biden is elected and his “gun control” plan is put in place.  That woman’s AR-15 instantly goes on the NFA (National Firearms Act) list, along with her magazine.  She has to cough up $200 each for the tax stamp for both.  Is that justice?  Is it fair that in addition to all the other injustices she faces, she has to pay additional money to the state that in many ways has already failed her, just so she can lawfully carry what she inalienably should be able to by birthright?

What if Senator Saslaw’s original version of what is now Delegate Levine’s HB961 passes, and her gun is outright banned.  She’s out roughly $1,000, eyeballing the gun, scope, mag, mag pouch, sling, and likely ammo.  What is she to do then?  Assuming she can recover from that loss, she can get a handgun or a “featureless” rifle that shoots the same bullets.  But either of those choices would put her at a disadvantage at defending herself, and put those around her at risk because of that.  Other options don’t have the capacity that her gun has, nor the ease of fit and function that facilitates accuracy.

As you go into the weekend, please think long and hard about this woman, the people and struggles she represented during that rally, and ask yourself how HB961 is doing her or her cause any favors.