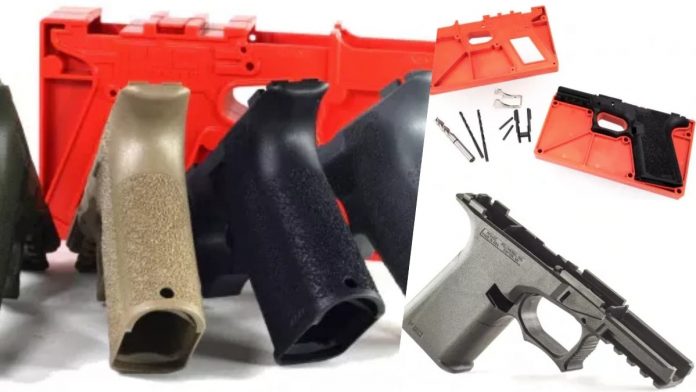 Polymer80 has been popular with hobbyists in recent years for their pistol and AR frame kits. (Photo: Polymer80)

Nevada-based Polymer80 is a household name in American gun culture due to the widespread use of their patented “80 percent” AR-15 and pistol frames. The company has long relied on their products as being is well within the ATF’s parameters of what is defined as a “receiver blank,” fundamentally just selling partially formed chunks of polymer that have not yet reached a stage of manufacture that meets the definition of “firearm frame” or “receiver” under the 1968 Gun Control Act.

Racine– an elected Democrat that has been in office in D.C. since 2015 and has been the subject of federal lawsuits from Second Amendment groups over the District’s harsh anti-gun laws— sees the matter of Polymer 80’s chucks of plastic and accompanying accessories much different.

“The Office of the Attorney General is seeking a court order to stop the company from selling ghost guns to D.C. consumers and to get these deadly weapons off our streets,” said Racine’s office in a statement.

The complaint against the company this week in a D.C. Superior Court, argues that Polymer80 is selling “firearms” that violate the District’s gun laws, has failed to “disclose it is not licensed to sell firearms in the District,” and is falsely claiming its products are legal in the District. The legal action is asking the court to block the company from selling “illegal ghost guns” as well as to apply civil penalties, monetary relief, and legal costs.

The action from D.C. is not the first time the company has been in the sights of anti-gun AGs. Last year, Pennsylvania Attorney General Josh Shapiro issued a new interpretation of state law that expanded what constituted a “firearm” in the Commonwealth to include just about anything that could be developed into a gun, specifically “partially-manufactured frames and receivers” and “80 percent receivers.” Polymer80, as a plaintiff in a legal effort backed by the Firearms Policy Coalition, was able to win an injunction in court blocking enforcement of the new policy.

The ATF notes that, while licensed manufacturers and importers of firearms must mark each gun with an individual serial number, firearms made by individuals for personal use do not require serial numbers. The construction of firearms for personal use in the U.S. predates the country’s birth, with early colonists often crafting their own muskets and fowling pieces with the assistance of locks imported from Europe for the purpose.