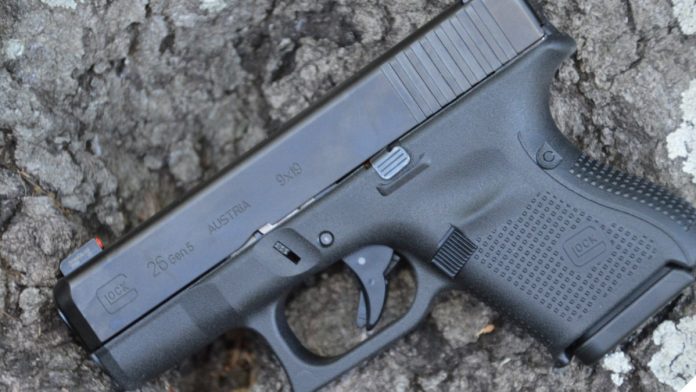 While Gen5 Glocks, like this G26, are available on the consumer market in most states, California will not approve it because it doesn’t meet the state’s “microstamping” requirements. (Photo: Chris Eger/Guns.com)

While most of the state has been shut down, California’s Democrat-controlled state Assembly is hard at work passing anti-gun legislation.

The body last week gave a thumb’s up to a pair of measures that would tack on a list of civil fines on Federal Firearms Licensees for what gun rights advocates contend are “inconsequential” errors and strengthen a law that effectively serves as a ban on modern semi-auto handguns.

The first bill, AB 2362, addresses how licensed gun shops in the state conduct business. The bill would impose a civil fine on such shops found to have made errors making them out of technical compliance with state regulations with fines ranging from $1,000 to $3,000 per instance. The NRA contends the move is “an obvious attempt to drive dealers out of business for inconsequential violations.”

The second bill, AB 2847, changes California’s controversial “microstamping” law on handguns. Firearm industry groups argue the current requirement for semi-auto handguns to mark cartridges in two places with a microscopic array of characters, that identify the make, model and serial number of the pistol upon firing is “impossible to accomplish” and has only worked to artificially limit choices available to California gun buyers.

Nonetheless, while the proposed modification would adjust the microstamping requirement from marking in two locations to marking in just one, which seems like a relaxation, it would also delete several older models from the state’s currently shrinking roster of approved semi-auto firearms for each new model that is added.

“AB 2847 is an attempt to save a clearly unconstitutional law, and further restrict the rights of Californians by removing 3 handguns from the roster for every allegedly microstamp-compliant firearm added, no matter how expensive or obtainable that firearm may be,” says the Firearms Policy Coalition, who is opposing the bill.

The measures now proceed to the state Senate where other anti-gun bills are currently under review.