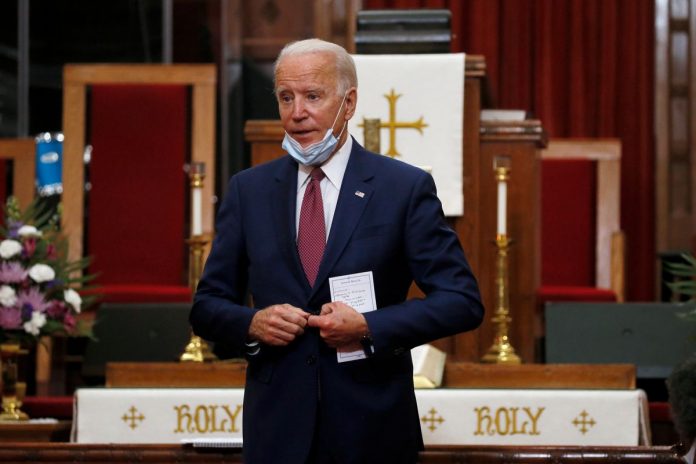 “Shoot them in the leg instead of the heart.” The most asinine and ignorant advice ever to pass somebody’s lips when it comes to the legalities surrounding a defensive gun use are… just… awful We knew the man was blindly ignorant from his ‘two blasts’ days. Remember the man who shot blindly and used the ‘Joe Biden two blasts defense’ and was still convicted of reckless discharge of a firearm?

I’m certain the presumptive Democratic Nominee for President has said and done more than this during the quieter moments but it certainly seems that what he does and what he says is not played to near the degree that President Obama’s words were.

But President Obama was a far more articulate man. Where Joe… Joe is meme that keeps on memeing.

To use a firearm legally, to use lethal force legally, it must be articulable that someone’s life is at so great a risk that potentially killing the individual or group causing that risk is the only reasonable solution. We generally group these situations under the heading ‘Life Threatening’ although various additional situations are included like sexual assault and abduction. ‘Life Threatening’ is a sliding scale of circumstances and perception that takes into account both the feelings of the person using force and the observable situation from that person’s or group’s perspective. It will also account for objective information about the situation and determine if any deviation from the subjective observation to the objective information should have been accounted for by the person or group using force. We call this the ‘Reasonable Person Standard’ and it is why the ‘Leg Shot’ that Double Blast Biden is talking about is entirely in error.

A reasonable person would not shoot someone in the leg to stop them from committing an act that they believe will result in their or another persons death and have determined the only feasible course of action is to use a potentially lethal amount of force against the person or group that is the threat. It is cognitive dissonance of the highest order. A gun is never non-lethal and cannot be employed in a non-lethel way, legally or practically.

You can’t hit their leg. I promise.

The next time some idiot like Biden uses this line I want to take them to a range.

Place them in front of a picture of a 1:1 scale leg, and have them shoot it with a handgun at various distances. I want to be there as their eyes light up as it’s actually fucking hard for their completely ignorant and untrained hands to accomplish, as their rounds go wild and miss the leg, a full sized average adult leg that isn’t moving. I then want to make the target move, just back and forth a little, not even that fast. I want to watch them fail… shot after shot after shot at close range when the human size leg is only moving a few inches back and forth and certainly nowhere near the mobility of a human on two legs.

I hope, probably falsely, that the impossibility of the effort would become obvious. I would also point out there is a giant fucking artery in the leg that will cause death if severed, so you better not hit that. I would also also point out that not everyone hit by gunfire stops just because they were hit by gunfire, especially if the injury is non-incapacitating. Not non-lethal, just does not cause them to immediately stop once they were shot.

Let’s all harken back to the fact that the only reason we should be shooting in the first place is we are out of options. And now Joe and his bevel of buffoons want to make that situation a longer one in the hope that said situation, that is already out of voluntary stop options, turns into a voluntary stop.

That is not a political opinion, it is a fact. He is openly promoting a reckless, dangerous, and useless behavior in an attempt to gain political points on his police/justice reform Bingo card. He has an established history of doing this.

Not because he isn’t well educated, or have a track record of experience, but because he will not acknowledge this is a topic he doesn’t know and should therefore keep his mouth shut on. Better to be thought a silent fool than to open your mouth and remove all doubt. I don’t care of Biden is a geopolitical and social policy “expert”, he is a moron of the highest order because he lacks the self-awareness to seek guidance on a topic he has no working knowledge of beyond dangerous in illegal hearsay.

I wouldn’t trust a field leading dermatologist’s opinion on the airframe design for a helicopter. That same dermatologist, regardless of their expertise and accomplishments in their field of study, is a functioning idiot if they cannot frame their opinion on the non-expert topic with their awareness that they do not know that topic.

We are awash in well educated expert idiots.