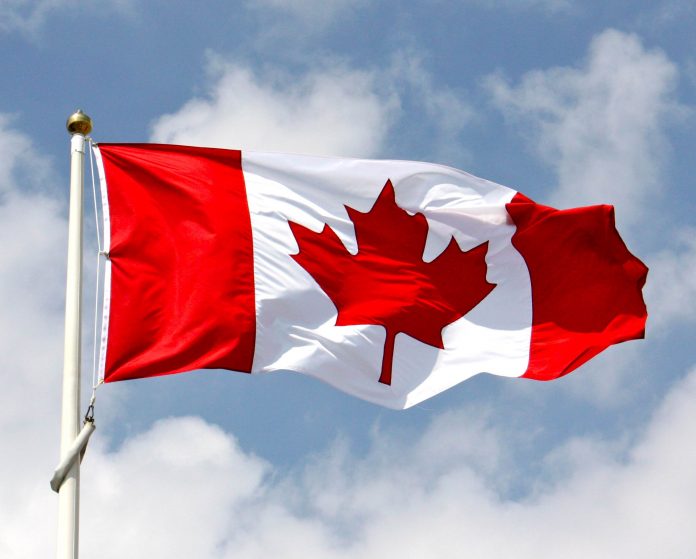 Ontario, CANADA – Canadian Prime Minister Justin Trudeau announced Friday that he was banning all “military-grade assault weapons” from his country.

“These weapons were designed for one purpose and one purpose only: to kill the largest number of people in the shortest amount of time. There is no use and no place for such weapons in Canada,” Trudeau announced, according to ABC News.

The Prime Minister said the ban went into effect right away and applied to 1,500 models of various guns.

“Effective immediately, it is no longer permitted to buy, sell, transport, import or use military-grade assault weapons in this country,” Trudeau said. –Defense Maven

But none of the firearms were acquired legally. None, according to latest reports. Every single thing the Nova Scotia assailant did was illegal already. Which makes this next bit from iPolitics Canada even more rich to read. Hold on, this piece of Mensa level observation is going to blow your minds.

The RCMP is still investing how the Nova Scotia shooter acquired the guns that he used, but had the pending amendments of Bill C-71 been in place AND he had applied for a PAL, a past assault charge would have been flagged and prevented him from being able to buy a gun legally. – iPolitics CA [emphasis added]

OMG! You mean if the RCMP obsessed lunatic who dressed up as an RCMP officer with a car to match, murdered a real RCMP officer and took her sidearm, illegally acquired all his weapons for this rampage and killing 13, and set fire to multiple structures burning another 9 people alive had instead followed the law and applied for a permit and this new rule had been in place from C-71 that he would have been denied the permit to purchase a gun!? And literally nothing else. Not jailed. Not charged with a crime. Just told he can’t buy a gun at the store.

I’m sure that means a whole hell of a lot to somebody somewhere.. but to anyone sitting here with a brain, the mental gymnastics on this particular stretch are just… impressive.

This is an earth shattering level of stupid on display. If Wortman had just followed the laws against not murdering people, C-71 wouldn’t even be necessary in the first place now would it?

Canadian Prime Minister Justin Trudeau has announced plans to put forward a ban on several firearms he and his administration consider “assault firearms” and he is using the Nova Scotia massacre to help do it. This resumes a campaign promise he ran on.

Prime Minister Justin Trudeau says the government will share details within days of its plan to ban what it has been describing since the fall election as “assault-style” firearms. – GN Ca

Still no clear details on what firearms were actually used in Nova Scotia, it is known that the RCMP officer who was murdered had her sidearm and ammunition stolen and that nine of the twenty two victims were killed by arson, not gunfire. Reports I can currently find say that RCMP isn’t releasing details or that it was two “semi-auto rifles and two or ‘several’ handguns” during the 13 hours. The assailant, a middle aged denturist, had also gone to great lengths to impersonate and model his appearance as that of an RCMP officer.

And fire. Nearly half his victims were killed by fire. We must ban assault fire! Fire with dangerous features that allow it to kill so many people so quickly!

According to the linked CNN report Wortman, the killer/arsonist, may have illegally acquired firearms within the United States with one of them being described as “Military Style”, no word on whether that one or the stolen handgun from the murdered RCMP officer or any of the other non-military style firearms were responsible for the majority of the remaining 13 deaths. But I would be surprised if any other single source got to 9 like arson did.

Call me crazy, but I feel like a lot of that data matters if you’re basing a prohibition upon it. Was any firearm particularly deadlier than any other when wielded by a disguised unopposed lunatic? Especially in a society that opposes the notion of armed defense so much that it is an imprisonable offense if you use the wrong gun to save your life?

Some say the Prime Minister’s proposal has serious holes in it. It does, but we probably aren’t talking about the same thing..

A.J. Somerset, a former gunnery instructor with the Canadian Forces and gun policy expert, said he’s concerned the approach the government appears to be taking won’t be the most effective route.

Rather than adding certain types of guns to the list of banned firearms, Somerset says the government should amend the Firearms Act to prohibit guns based on their features — a move he says would prevent new models of guns similar to those banned from entering the market to take their place.

Elements are advocating for a New Zealand style ban on firearm types, not specific models that can be gotten around by name. This worked so well in New Zealand that they estimate about 56,000 guns (~30% of the estimated banned weapons in the country) were taken ‘off the streets’ and New Zealand is safe from all bad things ever. Unless someone hears about arson over there, I suppose.

“I don’t think it’s a very effective approach where if you contrast that with what’s been done in for example, in New Zealand. In New Zealand, they said any centrefire semiautomatic firearm with a detachable magazine will be banned,” he said.

“They made a very expansive definition. People might argue it was too expansive, but at least they defined the weapons to be banned in terms of their function rather than the approach that we’re taking, which is to ban specific guns.”

Somerset isn’t wrong there, for a rule to be effective at all it must have a definitive, clear, and enforceable context to work off of. What New Zealand won’t do is admit the total ineffectuality of the move because of the unenforceability of their design. Unless they are willing to conduct house to house confiscations, turn neighbor against neighbor, and risk all the hazards involved with that type of action, then there are still over 100,000 ‘assault firearms’ in New Zealand.

Imagine running a campaign and saying that you must eliminate venomous snakes, especially rattlesnakes and vipers, and you killed 56,000 snakes. You then declared your region safer from snakes because of your efforts, knowing full well 100,000 venomous snakes (at least) were still in the wild. Way. To. Go.

“But, Keith!,” you say. “That is no comparison at all! Snakes are a vibrant part of the ecosystem and have many positive benefits, you just have to be careful around them.”

New Zealand and anyone with similar legislation are relying on voluntary compliance, fractional voluntary compliance to be specific, to move the needle on their citizens safety. Maybe they can ask the criminals to just “take a break” too while they are at it.