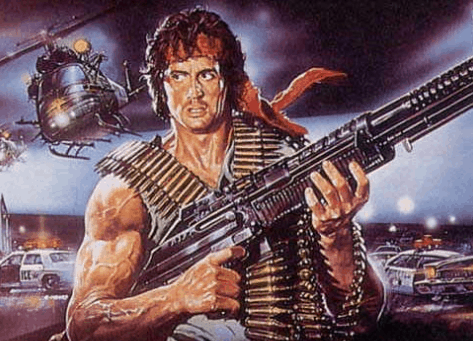 We are in a culture war in which the enemy is using words in ways that are dishonest. Let’s set at least part of the record straight.

Magazine capacity is a false flag. The arguments against standard capacity magazines that are issued along with police handguns have the same benefit for honest citizens in the same circumstances that police need them. Current statistics reveal that violent home invasions are more frequently perpetrated by larger numbers of assailants than in the past. Honest citizens cannot be expected to defeat multiple attackers without using the same tools that we think the police should use in similar situations.

“Assault rifles”: There is no military definition of an “assault” weapon. There were full automatic firearms that the German Forces of WW 2 called (in translation)“storm guns”. There are semiautomatic and select-fire firearms in various configurations.

The military describes the AR 15 and M16 class of weapons as “minor caliber”. Any firearm projectile can produce damage. The damage is proportional to projectile mass, configuration and velocity for a given target at a given distance. In Washington State .223/5.56 caliber firearms are not allowed for hunting anything larger than coyotes due to lack of effective lethality. Heavier and faster bullets are required to hunt deer and other game animals. There are cartridges for revolvers that have more energy than the .223/5.56, which are actually classified as .22 caliber cartridges.

In all cases, it makes no difference in effect if the cartridge is fired from a break action single shot tool, a manual bolt action tool or a semi-automatic tool which still requires a separate trigger press for every round fired. Thence arises the question: why are semi-automatics needed? The answer is that criminals do not want to prey on victims who are stronger than they are.

Functionally impaired individuals, whether elderly, injured or physically less capable deserve to be able to fulfill their basic human right of self-defense as well as others can. Terrorists, as in San Bernardino, did not hesitate to break laws and murder innocent victims who were forced into defenselessness by California prohibitions.

Only honest citizens obey the law, because laws do not prevent crime. Laws proscribe an activity and provide a penalty if caught and convicted of that activity. SCOTUS has ruled that law enforcement do not have a duty to protect individuals, but rather to serve society after the fact.

Nonetheless, AR-type rifles are issue items for many police departments nationally and internationally. We call them “patrol rifles”. These are the tools brought to the scene when police presence is required. It is intellectually bankrupt to require citizens to call for police assistance and yet deny them the same tools for use in their own self-defense. In a home invasion or a criminal attack outside the home, it is not law enforcement who are the “first responders”; rather it is the intended victims who must respond and then await second responder assistance.

“Gun violence” (like “assault rifle”) is an emotion-laden but semantically invalid, intellectually dishonest, morally corrupt and politically divisive terms used by those who want to disempower honest people to the benefit of criminals and terrorists. Tools do not take actions by themselves.

In Washington State for the latest full year available, more people were killed with hands or feet, as well as by other blunt instruments than by all long guns combined. More people died from injuries in motor vehicle accidents than firearm associated suicide and criminal homicide combined. Yet we do not speak of “hand violence” or “hammer violence” or “car violence”.

It is also intellectually and ethically reprehensible for legislators, executors and jurists to take an oath to  . . . support and defend the Constitution of the United States . . .” and pass, execute and validate laws that violate the Second, Fourth and Fourteenth Amendments to the Constitution, as well as 18USC.

In jurisprudence (stare decisis) precedence is generally given to the most recent rulings. Yet the Fourteenth Amendment prohibits states infringing on previously accepted recognition of citizen rights. Such infringing laws cannot reasonably be construed as lawful nor should rulings violating such rights.

In the real world, criminals and terrorists do not obey the laws. Laws limiting legal rights only make life hazardous for honest people.

All DRGO articles by Robert A. Margulies, MD, MPH