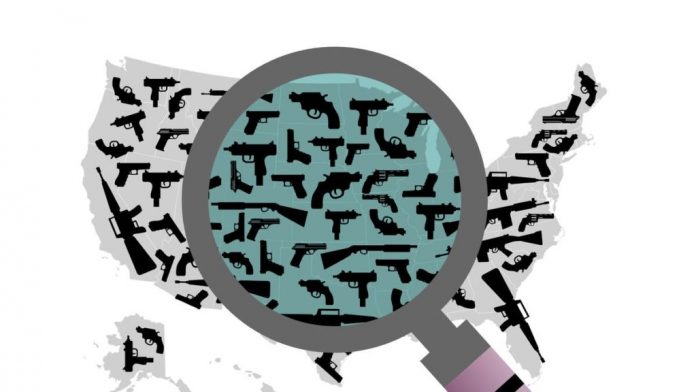 From our friends at DRGO
(from vox.com)

[Ed: This article was just published in the California Rifle & Pistol Association’s November-December issue of Firing Line. DRGO constantly evaluates and publicizes the illegitimacy of “gun control research”. We were delighted to see Dan Gros address this likewise.]

When presidential candidate Joe Biden said that, he nailed the core of anti-Second Amendment activism. Perhaps the most frustrating part of writing an article about Second Amendment “gun control” issues is that the subject is thoroughly plowed ground. There is nothing new save the new faces mouthing the same well-known discredited “truths.”

You know the “truths:”

Those and others you know well are the “truths” of those who see Second Amendment rights defenders as underclass “deplorables” who “cling to their Bibles and guns” despite a sea of contrary fact.

The fact is, there ain’t no new “truth” or legitimate study showing that expanded background checks, bans on certain firearms or any of the other popularly bloviated “truths” diminish gun violence. The word legitimate is key because, while there have been and are academic studies concluding the opposite, all I am aware of have been discredited.

A classic example was the media ballyhooed anti-Second Amendment book, Arming America: The Origins of a National Gun Culture, by Emerson University Professor Michael Bellesiles, which “deplorable” software engineer Clayton Cramer proved was fraudulent. What Bellesiles did was what the perpetrators of other academic frauds do. He rigged his research to come to a pre-conceived conclusion matching his political ideology. It’s a practice known as “Lysenkoism.”

It’s rampant among academics, according to a 2015 Stanford University study published in The New England Journal of Medicine titled, “Peer-Review Fraud: Hacking the Scientific Publication Process.” And Stanford isn’t alone. “Phony Peer Review: The More We Look, the More We Find” notes a 2017 headline on the Boston Globe Media’s STAT website which follows health-related news. Academic publisher Springer retracted 107 papers last April. Lest this seem like an exclusively American problem, it isn’t. On July 31, 2017, Science Magazine reported the discovery of widespread Chinese “peer-review fraud [ . . . ] triggered a tough response” from Beijing.

They and others have found what worshippers of the exalted professoriate need to wise up about: It’s not uncommon for academics to lie about their data and engage in a conspiracy among their peers to verify results in order to get published. In that “publish or perish” world, “published” can translate into TV face time, celebrity, research grants and a chance to be a political player.

But there’s another reason. Researchers are too often political players with considerable righteous egos. So they engage in fraud, not only because they are pressured to publish papers that get news attention, they are driven to prove theses that are in line with their own beliefs or those of their grant funders, and to please the opinions of their cultural and political social group.

There is one factual truth in all this. It is that all the “gun control” remedies that are constitutional have been tried, and they all lead to the conclusion of the Carter Administration’s 1981 blue ribbon study on gun violence, commissioned in the expectation that it would prove guns cause crime and thereby provide a launch pad for prohibitive legislation. The conclusion? “It is commonly hypothesized that much criminal violence, especially homicide, occurs simply because firearms are readily at hand and, thus, that much homicide would not occur were firearms generally less available. There is no persuasive evidence that supports this view.”

American media and its intellectuals have almost totally ignored the Carter researchers’ facts in favor of their own “truths” even though their biases get undercut. For instance, a joint study conducted by researchers at the Johns Hopkins Bloomberg School of Public Health (where the famous Johnson Administration “results-oriented” 1968 study advising that handguns be banned was done) and the University of California at Davis Violence Prevention Research Program found that California’s much-touted mandatory background checks had no impact on gun deaths.

Said background check law was the most comprehensive in the United States. It required background checks for all firearm sales (and gun possession) to people convicted of misdemeanor violent crimes. All gun sales, including private transactions, had to go through a California-licensed Federal Firearms License (FFL) dealer.

Shotguns and rifles, like handguns, became subject to a 10-day waiting period to make certain all gun purchasers had undergone a thorough background check, and the law limited gun purchases to one per month. More than a million gun buyers were affected in the first year alone.

Though costly and cumbersome, politicians and police officials—many of whom had political aspirations of their own—claimed the new law was worth all the bother because, in all probability, the law concentrated more power in their hands. To sell that law, then-Republican Gov. George Deukmejian spouted the same oft heard rhetorical “truth” that the statute would “keep more guns out of the hands of the people who shouldn’t have them.” “I think the new laws are going to help counter the violence,” added LAPD spokesman William D. Booth.

But 25 years later when Hopkins and UC Davis eggheads dug into the legislation and compared California’s yearly gun deaths with 32 control states that did not have such laws, they found “no change in the rates of death from firearms.”

So what do ya do when the facts don’t support the law’s “truth?”

AMA President Barbara McAneny knows. You claim your truth is true even though the facts show it isn’t. So in a statement to the Washington Post (December 2018), she called for even more restrictive laws: “We see this as an epidemic and public health crisis, and we think intervening as early as possible is smarter than just building more intensive care units for people who are either killed or damaged and badly hurt by the violence.”

The Post stated the Hopkins-UC Davis study was evidence that what “the AMA is calling for may be needed.” Yes, that means still more laws are needed.

Why such intellectual dishonesty when an academic’s, politician’s or activist’s “truth” is trumped by fact—particularly on such a politically and socially charged matter? Phrased differently, when the lead researcher of that August Carter Administration report said, “A compelling case for gun control cannot be made”—which he did—why are we still talking about more of it? And especially why are we talking about more of it in the same tired tropes about righteous opposition to an all-powerful, evil “gun lobby” when that characterization has been disproven often enough to qualify as a tired cliché?

“Why?” includes ego and the other previously mentioned reasons about money, fame and classism, but it seems to me there’s an overarching reason that I commonly hear.

It is that firearms are instruments designed to kill, and that classifies them as an evil the highly evolved among us believe should be banished. Never mind that killing can be justified in many cases. The mere revulsion to that fact by many, if not most, anti-Second Amendment activists shields them from admitting that their “truth” is not true.