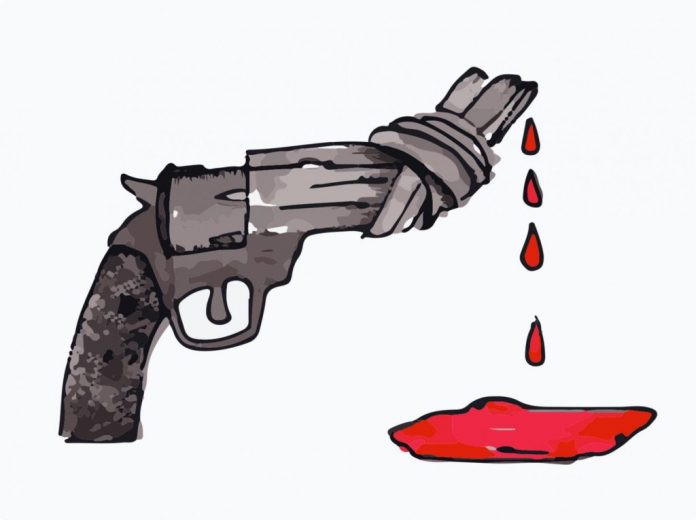 From our friends at DRGO
(from desmetmirror.com)

[Ed: We are posting excerpts from this recently released study from Dr. Lott’s Crime Prevention Research Center, first because everything at CRPC is important, and because Dr. Mauser is also a contributor to DRGO. The abstract is at, and the original can be downloaded from, this page on CRPC.org.

[This is an opportunity again to remind readers that supporting CRPC with donations is one of the most important things one can do for the RKBA. Only John Lott has given his career to producing a steady stream of objective, detailed research that makes clear the contribution of civilian gun ownership to safety and security in our country.

[He is (and we are all) up against a public health industrial complex carrying out the contrary mission via biased, misleading and divisive work (see here for how). CRPC operates only on individual contributions — each one is critical.]

Do Researchers from Different Fields have a Consensus on Gun Control Laws and do Registered Voters Agree with Any of Them?

Hundreds of millions of dollars go to firearms research on crime, suicides, and accidental deaths, but the vast majority of the money, particularly government money, is being spent on public health research. We got a response rate of over 43%, or 120, from the 277 researchers we approached, and we found large statistically significant differences in the views of academic researchers in criminology, economics, and public health on 33 different gun control policies for both mass public shootings and murder will reduce crime and save lives. Our sample is much larger than two surveys of 32 researchers by the New York Times. While none of our groups are quite as supportive of gun control as reported by the Times, public health researchers come closest.

Academics from different fields vary widely in their views about the effectiveness of gun control. Inequitable distribution of government funding to public health researchers, at the expense of criminologists and economists, means favoring only one viewpoint and academic approach. In addition, if you believe that any group of experts has properly ranked the effectiveness of different gun control regulations, registered voters have ordered the efficacy of regulations entirely randomly.

The New York Times results appear to arise for several reasons. Their use of only questions calling for more government regulations of gun ownership and their relatively heavy reliance on public health researchers, both worked to produce answers that were more sympathetic towards gun control. However, this doesn’t explain all of their findings as their small selective sample was even slightly more supportive of gun control than was the average public health researcher in our survey, and that is true even when we limit ourselves to just the Times’ survey questions.

One possibility for these different results might be the different political views in these different fields of study. Democrats are generally in favor of gun control, but academics in all of these fields are overwhelmingly Democrats. Indeed, Democratic economists outnumber their Republican counterparts by almost five to one, while in sociology (of which criminology is a subfield) there are about 37 Democratic faculty members for every Republican. No similar numbers are available for the field of public health, but political campaign donations indicate that few medical school faculty members make donations to Republicans.