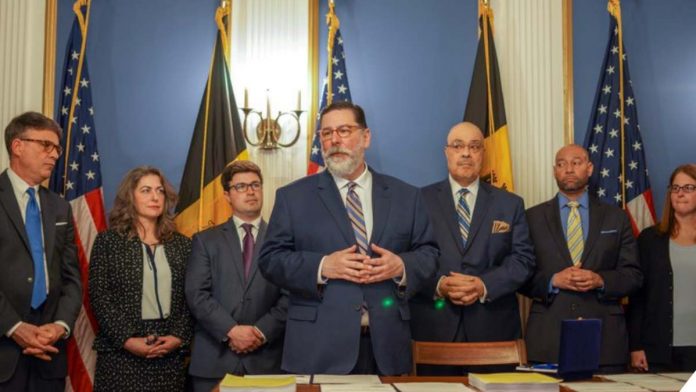 After the Synagogue shooting the city passed several measures that banned assault weapons and high capacity magazines, implemented red flag laws, and placed restrictions on the exercise of the second amendment within the city limits.

There was just one tiny little problem with that. Pennsylvania is a preemption state.

That law’s intent is very simple, like other preemption laws, it prevents a smaller unit of government within the state (like a city, county, municipal district, etc.) from creating a rule more restrictive than the state’s rule on firearms. It prevents the state from becoming a patchwork minefield of gotcha misdemeanors and felonies just because your magazine or pistol grip is illegal in the next town over.

Well, Pittsburg thought they were being clever and not ‘expressly’ violating the letter of the Pennsylvania UFA, Judge Joseph M. James decided differently. I am not precisely sure how Pittsburg expected this to stand since preemption legally boils down to ‘shall not make a rule contrary to the state’s’, but they tried anyway.

“The City has expended a large amount of energy attempting to categorize the restricted behavior in such a way that it is not expressly prohibited” by state law. Despite the City’s efforts to avoid the specific preemption set forth in [the law], they are not able to avoid the obvious intent of the legislature to preempt this entire field.” – Judge James

6120.  Limitation on the regulation of firearms and ammunition.

(a)  General rule.–No county, municipality or township may in any manner regulate the lawful ownership, possession, transfer or transportation of firearms, ammunition or ammunition components when carried or transported for purposes not prohibited by the laws of this Commonwealth.

Like… there it is Pittsburg. “…may in any manner regulate… not prohibited by the laws of this Commonwealth.” Can’t make rules contrary to those of the state as a whole, period, done.

Good riddance, way to grand stand for some cheap political points while expressly breaking state law. Maybe it was just a “firearm safety measure” and not actually a regulation. Yeah… that must’ve be it. It’s not a regulation, it’s a mandatory safety measure.

Now perhaps they city can instead focus on their crime rate being more than double the state average and 71% higher than the national average, not challenging lawful conduct expressly against state law.