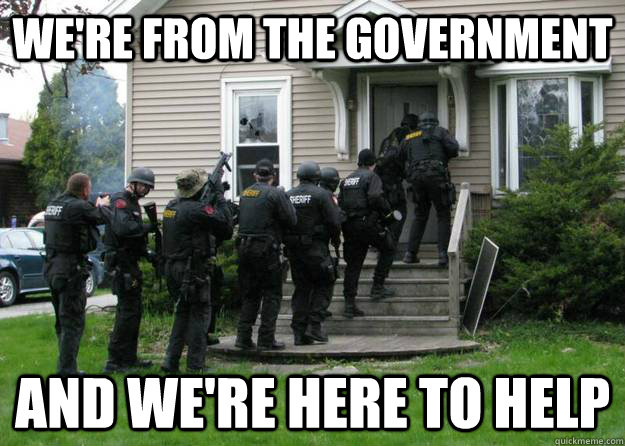 In an I wish it was stunning but it isn’t anymore lack of clarity, understanding, or comprehension, the mayor of San Jose, California has proposed the measure that will solve gun violence!

Right you are there citizen. The genius and, dare I say, beyond benevolent Sam Liccardo has proposed an ordinance that would mandate liability insurance if you own a gun. The insurance would cover accidents by the insurance holder and acts of harm by third parties.

Let’s hold up and just think, just for a moment, about what insurance company is going to want to open that policy line. One where they are on the hook if someone outside of your control steals your weapon. Just think about those mandatory deductibles.

The ordinance also includes gun and ammo taxes. Taxing constitutional rights has never gone poorly right? You just have to pay the government more and the violence will go away. Apparently a constitutionally guaranteed freedom can now suddenly fall under “sin tax” criteria. Because guns.

“We don’t think that the requirement to have car insurance means that our ability to drive a car is being hampered by that regulation.”

It’s absolutely hampered by that regulation! And that one isn’t a right of every person, driving is a privilege. Insurance, IE extra costs make vehicle ownership and operation inaccessible to lower income persons. That’s why so many people drive without insurance, law be damned. I hate the “but cars are done this way..” No! Stop it. Stop comparing the privilege of driving on state built and funded road systems to the right of self preservation.

The proposed ordinance also includes other measures to help curb gun violence, including a proposal to explore imposing a gun and ammunition tax, and a consent-to-search program that, similar to red flag laws in some states around the country, would enable parents to allow law enforcement to search and seize for weapons owned by their dependents. The ordinance also proposes exploring the implementation of a bounty program that would offer cash rewards to people who tip off police to illegal guns.

Consent-to-search and “Gun Bounties” … I’m sure there are no issues at all with that whole protection from unlawful search and seizure and the rights of persons to be secure in themselves and their belongings or any such nonsense… None. At. All.

And the wonderful kick of the whole charade is that the only thing it will accomplish… is more money in government pockets for the privilege of discouraging of firearm ownership.

Liccardo says that if the San Jose city council approves the measure, he’s “very mindful” that it might be difficult for people to get liability insurance right away, which is why he developed the fee option “until the insurance industry evolves to a place where there are market entrants who want to offer coverage.”

How considerate of him. He’ll just take your money until an insurance company can find a way to legally offer policies and mandate you pay them for the privilege of gun ownership.