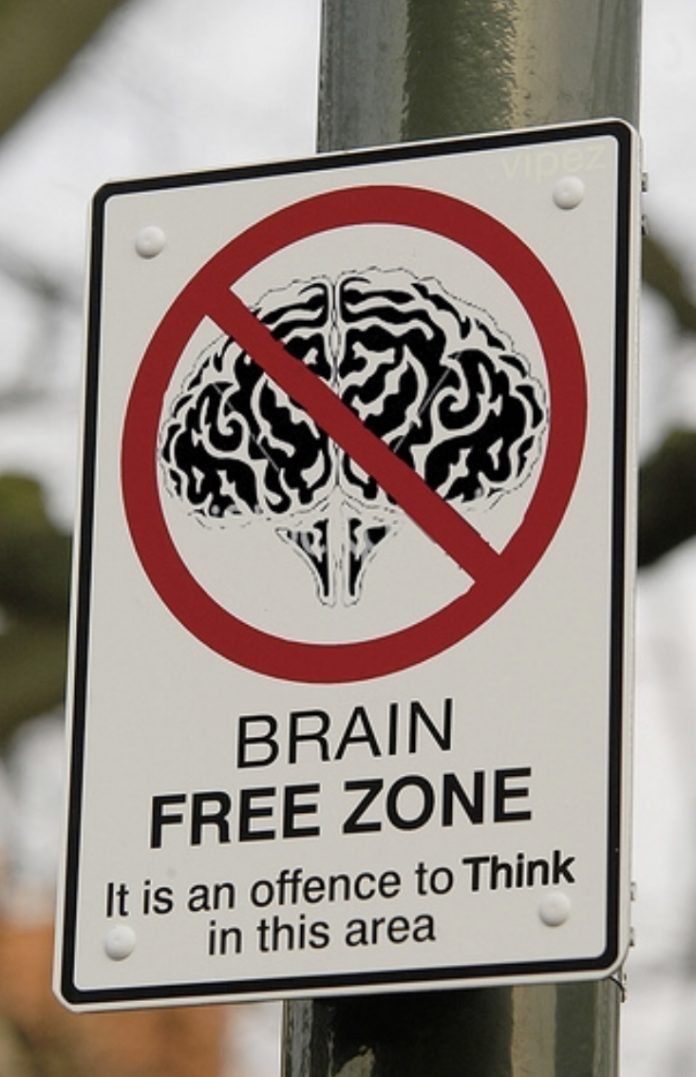 I went away on a trip for a weekend and the country’s gone to hell again. Sheesh, can I not leave you people alone for two minutes???

Confisc…. I mean “buybacks” are in the news again. These political mental giants are the very illustration of doing the same thing over and over again and expecting a different result. Rushing to “do something” – or to be at least SEEN to be “doing something” – is the order of the day every time a tragedy happens. It doesn’t apparently matter if the “something” is effective, Constitutional, or even enforceable. It’s the “doing” that matters – so that everyone can pat themselves on the back, feel better about themselves, and go back to business as usual.

Too bad for the poor schmucks whose Constitutional rights have been trampled in the process – whether via 2A violations, or 5A and 14A “Due Process” violations. I’m looking at YOU, red flag laws. But shame on me confusing the issue with logic when people are busy having “Feelings”.

Obviously none of these people has looked at the compliance data on the New York SAFE Act “assault weapon” registration scheme that was rushed through after Sandy Hook. Can we say “single digits”? You could almost say that the single “digit” was a middle finger from otherwise lawful gun owners to the New York State government. Biden, the sudden tough-guy talking “buybacks”, would do well to take a lesson from history.

I have not heard a single “new” idea coming from a single politician when it comes to reacting to the latest mass shootings. They might as well push a button and play a recording. Second verse same as the first. It’s almost as bad as every war in Europe for the past several centuries. When in doubt – invade France. Except for these guys it’s when in doubt – call for gun control.

Has anyone introduced a law banning news agencies from trumpeting the name and photo and manifestos of these scumbags? Nope – because 1A. Never mind that this does everything to ensure the next mass shooter seeks similar attention. God Forbid that news agencies “do something” like this voluntarily, despite the fact that there is evidence to back it up.

Nope. It’s GUNZ – inanimate objects with no sentience or agency of their own. Why? Because as is my constant refrain, it is much easier to demonize an object than it is to modify human behavior. Except what needs to be changed IS human behavior. Did we have these copycat shootings before the advent of the internet and 24 hour news cycle? Not many. Read the linked article about the news and human behavior above.

It’s funny that we always get these finger waggling nannies who say “Now, now, don’t be so dramatic, no one wants to take your guns”. Except what is every idiot calling for? “Buybacks”, banning, and confiscation. That sounds an awful lot like “taking my guns” to me there, Skippy.

Does anybody care that NHTSA stats say that 30 people die in drunk driving accidents on a DAILY basis? Nope. Does anybody care that scores of people are shot in criminal activity in Chicago every weekend? Nope. Because logic doesn’t enter into it. It’s the public freak-out of the moment, and politicians seek to capitalize on that emotion by rushing bad ideas through the legislative process in the middle of the night before anyone has time to calm down and consider anything rationally. How do you think the NY SAFE Act got passed in the first place? So effective that, with its 4% compliance rate.

I’m not saying that public mass shootings aren’t tragic. They certainly are, and the pond scum that perpetrate them deserve to have their names erased from the book of humanity. But for all of the public spectacle and grief, they are still RARE. None other than Neil deGrasse Tyson pointed this out in a chart on social media, and was apparently crucified for it. When the public is hopped up on borrowed emotion – feeling all righteous and outraged on someone else’s behalf – trying to insert logic into the mix can produce a violent blow-back. Never interfere with someone else’s righteous indignation, lest they turn it upon YOU instead.

There are some who are even trying to hang the latest shootings on Trump – because he weighs as much as a duck apparently, and floats like very small stones. (Monty Python reference for those who are scratching their heads).

THAT is the level of critical thinking involved here. But unlike Monty Python’s witch hunt, it isn’t funny. When emotions run the world instead of logic and reason, it is in fact very, VERY dangerous.