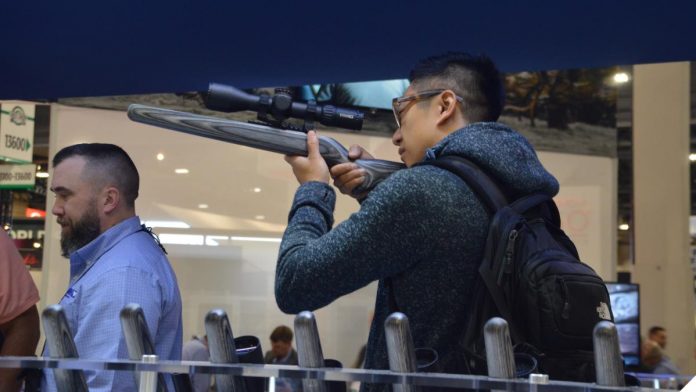 While U.S. gun and ammo makers looking to export stand to see a boost in overseas sales as a result of a planned cut in federal red tape, Democrats on Capitol Hill are determined to block such a move. (Photo: Chris Eger/Guns.com)

Lawmakers in the U.S. House on Thursday agreed to a measure that would derail a planned change to the dense federal regulations on gun exports.

The move, an amendment to the National Defense Authorization Act — the must-pass funding bill for the military — was agreed to in a Democrat-heavy 225 to 205 vote. Introduced by U.S. Rep. Norma Torres, D-CA, the proposal would block President Trump’s nearly complete transfer of several weapons categories from export licensing controlled by the State Department to the more relaxed purview of the Commerce Department.

“When it comes to keeping firearms out of the hands of terrorists and drug cartels, we should err on the side of caution,” said Torres, who had previously introduced her legislation as a stand-alone bill that failed to make it out of committee.

The three categories of the State Department’s United States Munitions List — those dealing with small arms including firearms, close assault weapons, combat shotguns and ammunition and ordnance — are set to transfer to the Commerce Control List, which, as previously reported, could benefit domestic gun and ammo makers looking to sell more overseas.

Congressman Lee Zeldin, a Republican from New York, argued on the House floor that Torres was off-base in her remarks, saying, “This jurisdictional transfer does not govern the illicit transfer of firearms that are often used in violent crimes and human rights abuses overseas. The U.S. Government will continue its longstanding end-use modernizing efforts, including vetting of potential end-users, to help prevent human rights abuses.”

National gun control groups applauded the adoption of the amendment to block the transfer of export oversight, arguing it would not only continue the current strict regulations on overseas small arms sales but would also block 3-D printed weapon plans from being posted online.

“Firearms are not parts shipped to another country to build a plane or car, they are deadly weapons that can stir conflicts and kill innocent civilians,” said Robin Lloyd, managing director at Giffords. “In an attempt to appease the gun lobby, the Trump Administration moved to weaken regulations over firearm exports. That might be good for the bottom line of the corporate gun lobby, but it harms the national security of our country.”

A final vote on the NDAA is expected in the coming days.