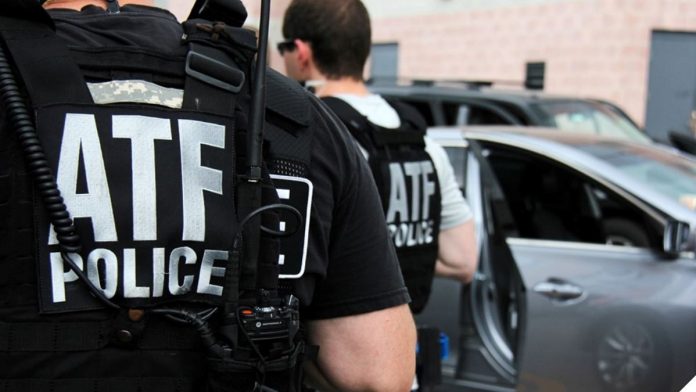 The long-term president of the National Fraternal Order of Police, Kenneth Charles “Chuck” Canterbury, Jr., is expected to be nominated to become the Director of the Bureau of Alcohol, Tobacco, Firearms and Explosives.

The White House announced the move by President Trump last week, noting that Canterbury has held his current spot in the 350,000-strong FOP since 2003. A South Carolina resident, he formerly served 26 years in the Horry County Police Department in the Palmetto State.

Since word of Canterbury’s nomination, he has been praised by the trade organizations for the firearms and suppressor industries — the National Shooting Sports Foundation and American Suppressor Association.

“Mr. Canterbury brings a proven record of performance that will provide the ATF, and the firearms and ammunition industry, the leadership that is deserved,” said Larry Keane, NSSF senior vice president and general counsel.

The NSSF went on this week to highlight the lawman’s past remarks and actions on Second Amendment issues. These include taking a public stand as FOP president in protecting ATF gun trace data from public disclosure, denouncing a National Football League “no-guns” policy that included off-duty and retired law enforcement officers, the FOP’s objection to a proposed ban on “green tip” ammo, and opposition to smart guns.

Further, Canterbury has a track record of supporting the firearms industry’s Don’t Lie for the Other Guy program aimed at curbing illegal gun purchases from dealers by straw buyers and Project Childsafe, a free gun lock program designed to cut down on accidents.

Coming out in the past week against the plan to put Canterbury in charge of federal firearm regulators are two gun owner member groups, Gun Owners of America and the National Association of Gun Rights. Describing the possible nominee as “anti-gun,” the groups argue he testified in support of Supreme Court Justice Sonia Sotomayor and Attorney General Eric Holder and the FOP has in the past supported expanded background checks and opposed constitutional carry.

Meanwhile, two other pro-gun groups, the National Rifle Association, and Second Amendment Foundation, have not released current statements on Canterbury’s nomination. However, in 2011, the NRA spoke with the FOP leader, saying the gun organization and the nation’s largest police group “have worked together on numerous issues, and thanks to the leadership of FOP National President Chuck Canterbury our working relationship is now stronger than ever.”

It should be noted that in recent years, anti-gun standard-bearers such as Ladd Everett — formerly of the Coalition to Stop Gun Violence and current director at 1Pulse4America — have attacked the FOP for being against increased gun control.

Canterbury and the FOP, which endorsed Trump in 2016 during his run for office, has since been to the White House in both 2017 and 2018 to meet with the President about police policy and sanctuary cities.

If nominated by the President and confirmed by the Senate, Canterbury will be the first permanent ATF director since B. Todd Jones resigned in 2015 during the Obama administration.